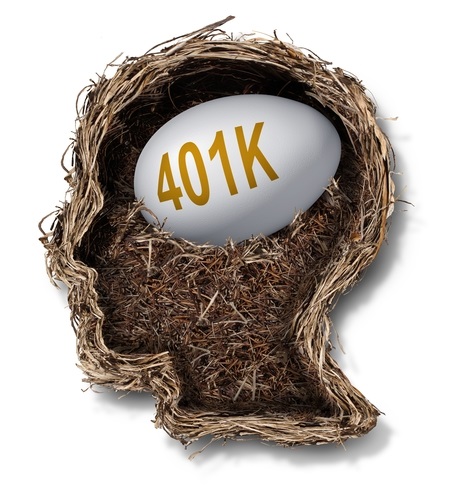 Under the new tax laws proposed by President Trump, corporations and individuals are set to receive a fairly large income tax break. This is good for most Americans, but it does leave a pretty big question unanswered. How will the U.S. government make up this shortfall if these new tax laws are put into action? The answer hasn’t been released by the White House. However, many analysts have speculated that something that is coming under review is 401(k) retirement accounts and individual retirement accounts.

Currently, the traditional 401(k) retirement account allows you to deposit up to $18,000 a year ($24,000 a year if you are over 52) into these accounts of pre-tax money. According to media reports, the government lost $82.7 billion dollars in potential revenue from 401(k) taxes in the 2016 fiscal year. This amounts to the fourth largest federal tax break and makes for a very tempting target for Republican lawmakers. The total revenue that could be generated from 2016 to 2020 tops out at $584 billion dollars.

A lot of Americans already have a 401(k) Roth retirement plan. Under this program, income is taxed and then people make contributions into their retirement account. When they reach retirement age, they then begin drawing from the account and that money is tax-free. There is also no tax deduction for these deposits when filing a tax return. If this retirement program, or a modified version of it, became the normal it would significantly shore up the loss of money the government is set to lose, due to the tax breaks under the proposed new tax laws.

The idea of “rothifying” traditional 401(k) plans has seen a backlash from many groups. According to the Plan Sponsor Council of America (whose members include Microsoft, Exxon Mobil, and Charles Schwab), this plan will discourage workers from saving for retirement.  The plan has also been scrutinized because of the proposed pass-through laws. It might encourage business owners to water down their current traditional 401(k) plans. If business owners receive no immediate benefit for matching contributions and they could save money in the short term, then there is a strong chance they could reduce their contributions or eliminate the programs altogether.

The question of “r” has been poised to several members on Capitol Hill. House Committee Chairman Kevin Brady (R-TX) said, "I don't want to get ahead of the committee. That will all be part of the tax reform bill." Brady also said President Trump's tweet did not change the direction of the work being done in committee. Orrin Hatch (R-UT), Chairman of the Senate Finance Committee, said his group will "not change the 401(k) retirement savings system in a manner that does not achieve the goals outlined in the unified framework." That doesn’t mean it isn’t going to happen. The final say on “r” could still happen once the bill is signed into law.

Whether the new tax laws are set to affect you or not, Neddenriep Financial is ready to help you prepare for retirement. Located in the Carson Valley area, Neddenriep Financial has financial consultants that will sit down with you face to face and get to know where you want to take your retirement. They might be the architect of your wealth management plan, but you are the driving force behind it. The retirement advisors are available not only for 401(k) and IRAs, but they also offer investment planning and wealth management.